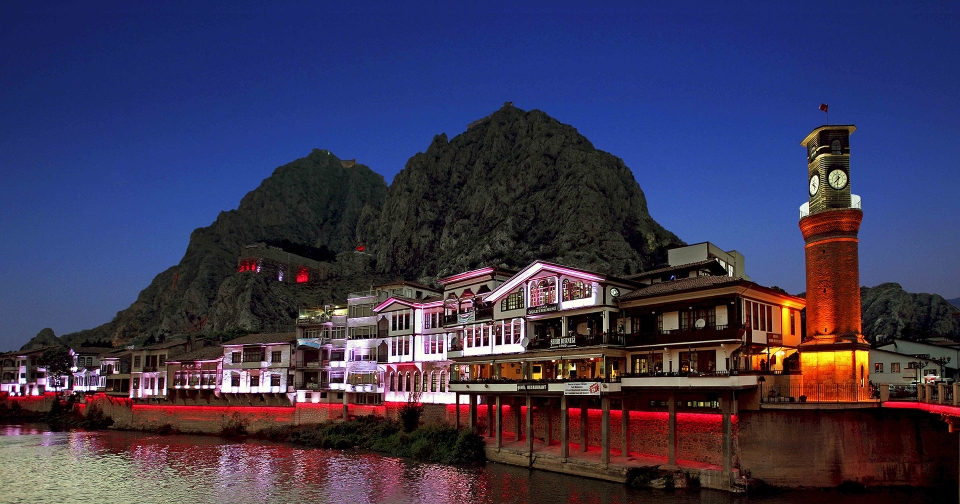 Located in the region of Middle Black Sea, Amasya is founded on the slopes of Mt. Harşena in Yeşilırmak Valley. With its over 7000 year historical background it became a capital of a kingdom, trained scientists, artists, poets, and became a training city for sultan's sons. First steps of the Independence War of Turkey also took place in Amasya. Along with these historical and cultural riches , Amasya especially takes attention with Yalıboyu houses constructed along the shore of Yeşilırmak.

If you want to see a fascinating antic city where history and nature mingles and where you can see the best marble apples, cherries, peaches and okras of the world, Amasya is waiting for you with its cosy and hospitable people.